I'm sure for most people winning the lottery conjures up images of piles of money but for a fan of Lego it means scoring a rare set at regular price.

A few weeks ago I tried to purchase set #21110 The Research Institute and set #21109 The Exo Suit and found out that they were either "Sold Out" or "temporarily out of stock" on the Lego web site. They were not to be found at either of my local Lego stores; in fact they were going for double and triple their original asking price on the secondary market.

Well, who should come to my rescue but my daughter, Sierra. My daughter is amazing. While I have coped with the excess of Lego in my house by photographing it, she went and got a job at our local Lego Store. This has both it's pluses and minuses, trust me.

First she found set #21110 at our local toy store Math 'n Stuff. I love Math 'n Stuff because they sell Lego, they have an amazing set-up at our local BrickCon and they often have older sets at regular price. The staff is always friendly and did I mention they are only two blocks away? Sierra happened to be in Math n' Stuff last week to get a new puzzle and spied a case of #21110 behind the counter. One thing led to another and before I knew it I had purchased The Research Institute. It seemed there was hope after all!

Yesterday Sierra came to me and told me that her store was getting in a big Lego shipment and that the Exo Suit was listed on the manifest. The hunt was on! I wasn't taking any chances on this one. We arrived at the store at opening but alas they had not had a chance to unpack the shipment. We decided not to hover and wandered around the mall. Before we knew it Sierra received a text from Sean, back at the store, that he had found the sets and they were waiting for us.

Seriously I felt like I had just won the lottery. I'm pretty sure buying Lego shouldn't engender this kind of emotional response in an adult. But that is my reality.

How far have you gone to score that hard to find set?
What set did you miss that you still regret? 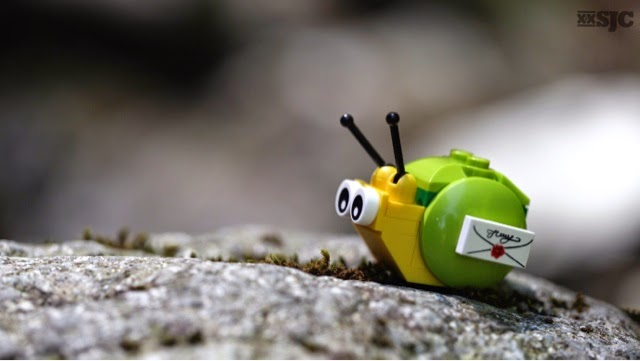 My apologies for not having an image that is more appropriate. But life is moving pretty fast right now. Hopefully I will be more on point in future posts.
Posted by Unknown at 12:51 PM