The Flow - Part I 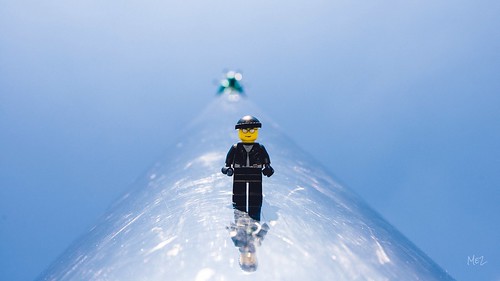 Last weekend I was stuck in a small city called Leuven exploring some of the secret portals they have hidden in plane sight and I was really struggling with my on the road workflow (hence the reason I did not post a blog or a quick selfie on instagram) as there is more to the flow than just point, shoot and post ...

So this morning, back in The Studio, armed with a cup of coffee I decided to upload Stargate™to Flickr when my happy flow and the rest of the day was ruined.

Flickr and Yahoo decided to have a battle with my identity provider and no longer offer a trusted sign on with Google (and Facebook) or at least a big pop up told me that soon my login would no longer be possible ...

And so my early morning post on Shelly stealing topic and some of my on the road workflow musings got canned and this posting turned into a little rant.

I can understand the need for Yahoo (who owns Flickr) to try to regain a piece of the identity puzzle, but why they have to enforce this on the existing (paying) user base is beyond my understanding and I don't understand why I am forced in a yahoo email address.

There is no incentive, no clear explanation, just the need to register yet another email address I will never use.

I do like Flickr, and I stayed away from uploading my pictures into Picasa (the Google Flickr) but given the road Flickr and Yahoo have choosen (removing the blogger integration, removing the Google Identity integration, ...) it is clear that Flickr wants me to choose between the Google ecosystem and theirs on the long run.

A choice that may not be in favor of Flickr after all ...