Who are your influences?

We are all influenced in our work, whether we are aware of it or not.

Last fall I had to write an artists statement about my work that included its origins and influences. I named the usually suspects like Sally Man and Jock Sturges because I am first and foremost a figure photographer. These two photographers have been very influential in my work over the years, but I needed to bring my figurative work around to toy photography. As I wracked my brain one image came to mind immediately. 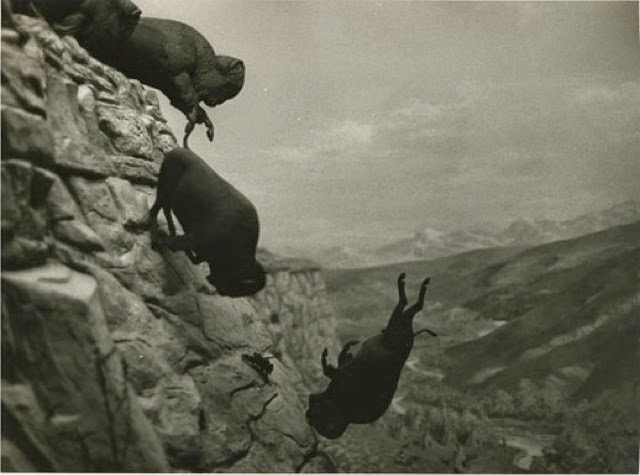 I remembered when I first saw this image in Aperture Magazine and it's always stuck with me.  I think it may be the original seed planted way back in the dark ages of my youth that has blossomed into my current plastic passion. When I revisited this image I was startled to find out it was not a toy photograph at all. I had originally misinterpreted (or conveniently forgot) its origins. This was an image taken by David Wojnarowicz of a museum diorama in the late 1980's. (For an excellent analysis of this deceptively simple photography go here.)

The humanity, agony and tragedy captured in this one off image quickly taken in a museum with a film camera with poor lighting before a guard stopped him is a very powerful image to me.  It's one I turn too over and over again in the hopes that I too can create an image as powerful and simple as this one that will stand the test of time.

So the question I ask you to consider is this: who inspires you? Who are your influences? What are the images that you have seen (in any relevant medium) that inspire you to do your best work?

If you care to share please leave a comment. I would love to know what stokes your creative fire.