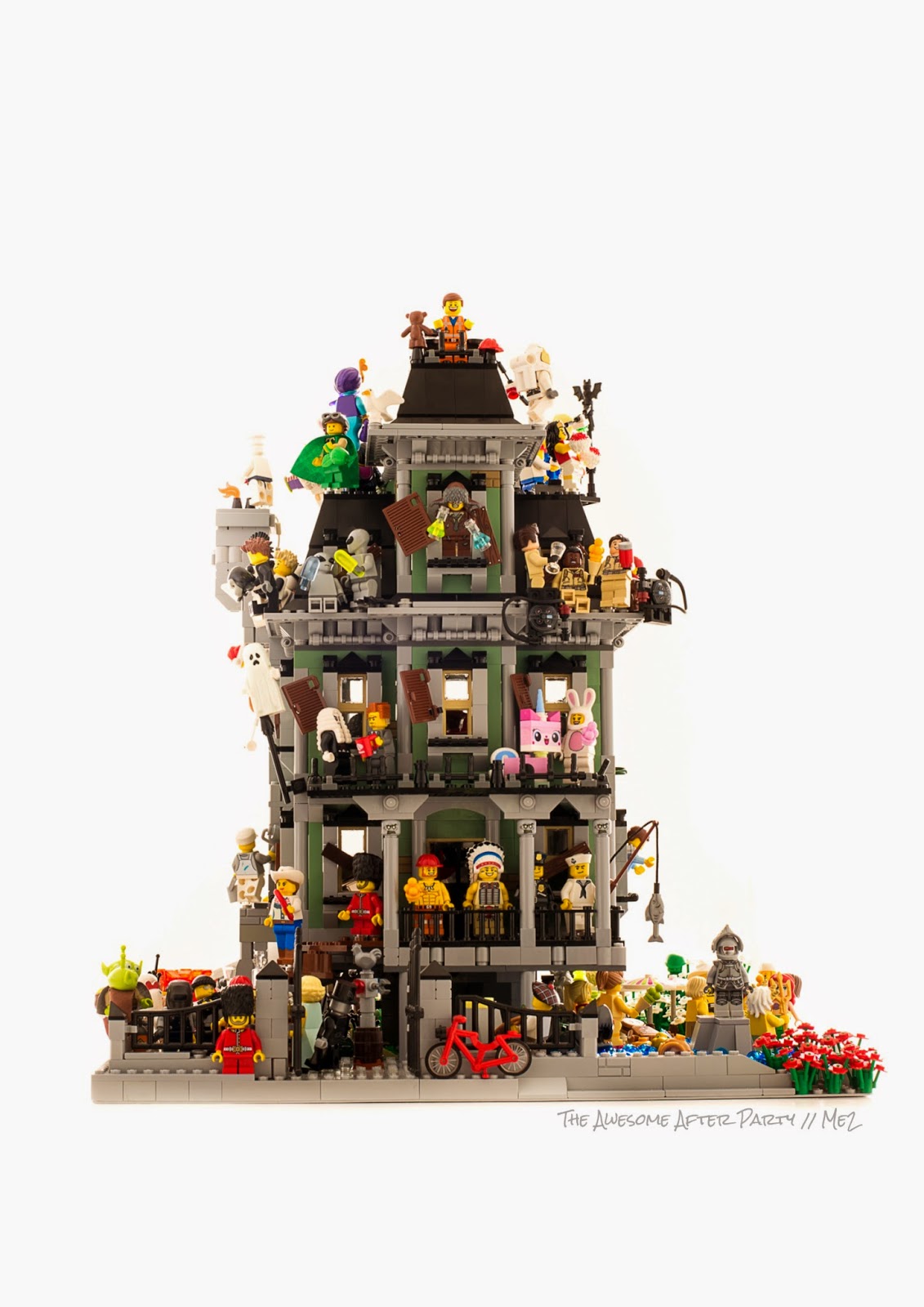 During the awesome madness of indypendence day on IG,  we got word from the awesome folks over at LEGO and Warner Bros that the Awesome After Party™ made it to the finals and was selected as the number one also know as the winner of The LEGO Movie Scandinavian Master Builder Challenge.

To quote Gitte Bloch Eskildsen, senior brand manager, LEGO group: "The Awesome After Party is one of the most impressive and creative LEGO houses I have ever seen built by a LEGO fan and fully captures the essence and fun of THE LEGO Movie™ and what LEGO is all about, namely imagination, fun and creativity ..."

And fans we are here at stuckinplastic of all things LEGO !

Now we could not have won this challenge without all of you and your fantastic support in making all of this happen.  To celebrate the awesomeness of all of this we have decided to not just give one, two or three signed prints away of the Awesome After Party™ but five exclusive signed prints.

Handpicked by an innocent child from a planet far far away, here are the five lucky winners:

Ella N. Big thanks for tricking her daddy in going all in on FB to get the vote out, a signed print is on its way.

Goedele D. from Belgium for outing herself on FB.

Lyn M. Thanks for doing all the great stuff both on the interweb and IG.

And last but not least Anna G. from D. in W. for being such a great support and also outing herself on FB.

Number five will be handpicked out of all the fantastic IG comments you guys and gals have been giving us !

Time to get ready for the next crazy adventure™

PS. We will upload the images on Flickr as well.
PPS. How many times was the word awesome mentioned here on stuckinplastic in the last 5 posts ?
Posted by Me2 at 1:10 AM