As we await +Me2 and his/our grand adventure to begin I thought I would introduce you to another great storyteller: Bricksailboat.

BrickSailboat has always been one of my favorite feeds on Instagram. What is there not to like about free wheeling ninjas, a crew of regular mini figs and classic pirates all struggling for control of a full size sailboat? 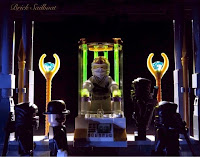 The mastermind of this silly and beautifully photographed feed is Paul S. Mr S loves a good story. The characters who populate his feed are often engaged in an elaborate story lines involving adventure, epic quests and mysterious strangers. Even when the ninjas are simply training on the boat I have the feeling they are bidding their time until the next adventure begins. 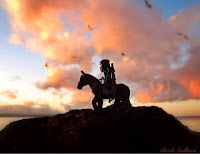 Now that Mr S. is on his own epic cross country trek, relocating to another coast line, the entire crew of the sailboat has gone on equally large quests. As we are treated to photos of ninjas' trekking across sand dunes I realize that Mr S planned his entire road trip around finding these stunning locations just to feed the story line. That is some dedication!

If you find yourself treading water with your photography, creating a specific story line is a great way to move forward. If you are handy with words write an original adventure, if not try recreating a favorite literary passage. You might just find yourself creating some beautiful photographs along the way.

Who are your favorite storytellers on Instagram?
Have you tried your hand at creating a unified story and telling it using Lego?
Posted by Unknown at 1:37 PM