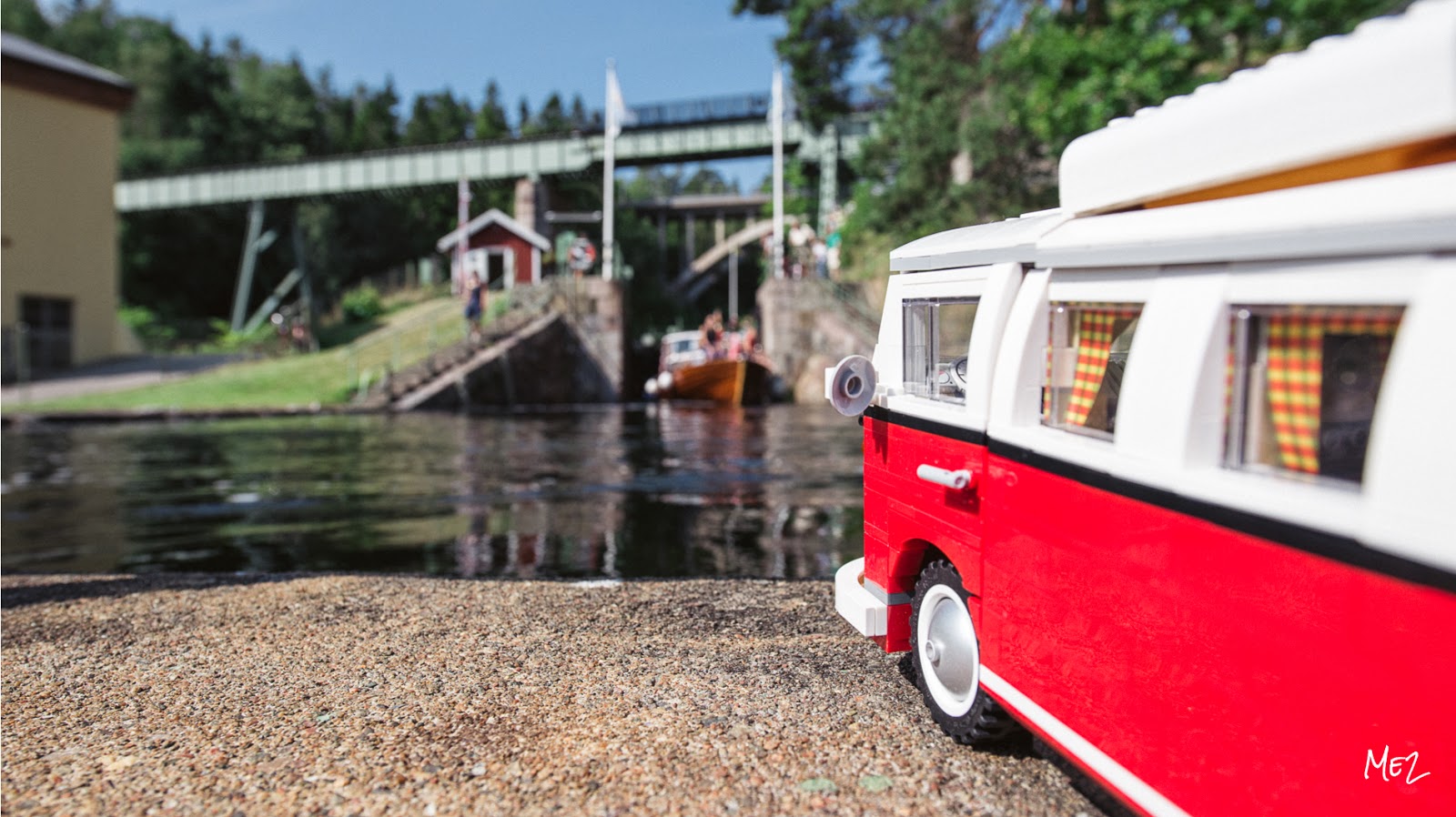 Day two is coming to a close and we had a full house today.

We left in the early mornings the classic city of Gothenburg behind and started the epic trek up north following the good old inlandsvagen route and explicitly avoiding the "recommended" GPS instructions we stuck onto our dashboard and forcing modern technology into taking this route of beauty.

Our very first quick stop in the morning was Håverud, where horse, train and boat meet each other in an epic wonder of technology constructed in the hay days of industrial revolution. In the far backend you can see the car (previously horse) bridge crossing the river, followed by the copper train track and last but not least the waterways including a boat aquaduct called the Dalsland Canal created mid 1800. Our little camper is parked in front and you can expect some more #selfies along the road.

The crew had the pleasure of seeing the whole water works in action, and for the next few miles everyone was discussing the wonders of train and boat travel while our little engine just ploughed along and there were mentions of following Agatha Christie on the Nile and the Orient Express.

Are we missing a murder mystery here or is it just the longing for the travel.

And indeed travelling it is.

Long roads of green scandinavian trees and very bad 1/2/3/4G coverage (we were equipped with our three national internet carriers and explored quite some prehistoric black spots amongst our devices) made you wonder how communications, friendships and global world domination of being stuck in plastic worked in the olden days when everything took time and pigeons were the major mode of communications.

We had some tea with Selma Ottilia Lovisa and Nils and shared some of our travel stories with these two routined Nobel Price winners before we moved on to meet with Anders Zorn in Mora and discuss some of his great paintings in our epic quest for the Northern Light.

Right now we have reached the "middle" of Sweden called Ostersund and are taking a quick stop over before we embark on the next big hike up north.

Shelly (@xxsjc) and Kristy (@sydneybrickchick) are out and about looking for some magical light in the long hours after sunset.
@herrk and @east_mountain went out for some quick boules, while the rest of the crew is catching up with doing dishes, having quick beauty sleeps or processing some of the RAW materials of the day ....

Tomorrow morning is a new day ahead of us.